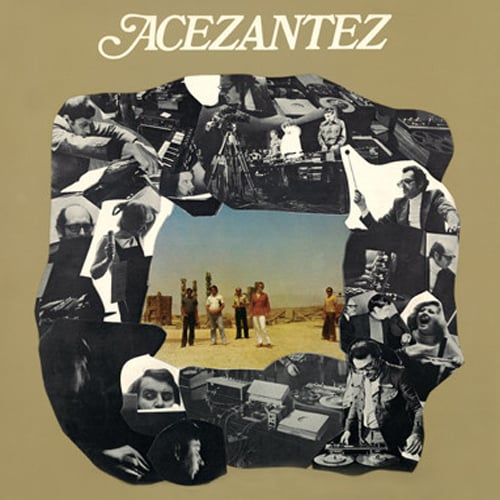 Acezantez was an ensemble founded in 1970 by the versatile Croatian composer and instrumentalist Dubravko Detoni, with the main idea to combine music, theater, art mobiles and light in time in its constant search for the new ways of expression.

The group was creating all aspects of avant-garde music, including electronics and group improvisation. Their debut self-titled LP album originally released by Jugoton in 1977 exhibits an outrageous juxtaposition of methods recalling the work of Luigi Nono and Maurucio Kagel in their instrumental and theatrical arrangements. Where atonality is to the fore in much avant-garde music, their sense of abrasion is met with bouts of melodic intervention. Elsewhere, heavy industrial sounds are used as percussive texture; mixed with forceful electronics and dramatic instrumental passages in a manner of Nurse With Wound. They created a complex and textured series of compositions, gathered in two 20-min pieces with a lot of improvisation and experimental synth sounds on the trace of AMM and Musica Electronica Viva.

From a composer and his assemble who worked a long career in obscurity, listeners now have a document of vital and challenging work, due to the reissue bringing this out of the secret corners of Eastern European music.