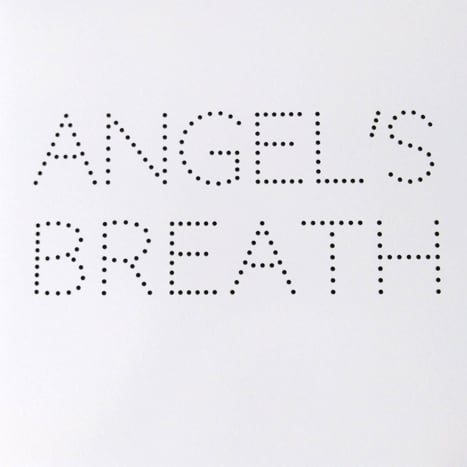 In cooperation with Ammonite Records, Discom distribution presents Angel's Breath LP, an official reissue of legendary album from 1994 recorded in Brazil by two key Yugoslavian musicians which could be described as "psychedelic samba rock with Balkan influences "

The project Angel's Breath (originally named in Serbian "Dah Anđela"), was formed in 1985 by Milan Mladenović (Katarina II, later EKV) and Mitar Subotić "Suba" (Rex Ilusivii) with the guitarist Goran Vejvoda (Kozmetika) and the three started writing material that had been performed at several concerts in Belgrade. However, due to the individual obligations of the project members, the band ceased to exist. In the early 1990s, Subotić had moved to São Paulo, Brazil where he continued working as a musician and a producer. During the spring of 1994, Milan Mladenović went to São Paulo to join Subotić in order to reactivate the Angel's Breath project and record the material that had previously been written. The two with Brazilian musicians Fabio Golfetti (guitar), João Parahyba (percussion), Madalena (backing vocals), Marisa Orth (backing vocals), Taciana Barros (counselor supreme) recorded the album Angel's Breath released by label "Imago" during the same year.

The album featured Subotić as the album producer and keyboard player and Mladenović on lead vocals, guitar, harmonica, and trumpet. The song lyrics were entirely written by Mladenović with the exception of the opening track "Praia Do Ventu Eternu", written by Taciana Barros, and as music authors appear Mladenović, Subotić, Fabio Golfetti, and João Parahyba.

Mitar Subotic "Suba" aka Rex Ilusivii wrote about this album: "The project was done by Milan, Joao, Fabio, and me. The very fact that all four of us are different and possess different musical sensibilities and experiences was a challenge to create one common project. In general, it was a Brazilian project, in which European and Brazilian musical influences met and mixed in some higher energy spheres. All four special languages built one special, fifth language, which produced music without the typical stamp of any of the musicians who played and participated in the creation of music. "

Milan Mladenović said: "This album represents a continuation of my work in fighting against primitivism in today's culture, which had taken its toll mostly due to the ruthless political power games, causing an overall departure from the spiritual." “This is a time of re-division, re-fragmentation of geopolitical units, division of states and local wars. This time is also a time dominated by narrow specialization in all domains of human activity - from science, industry to art”. This seems to be true today more than ever.

On leaving Brazil, Mladenović went to Paris in order to record a promotional video for the song "Crv" ("The Worm") and then return to Belgrade in order to reactivate his own band EKV. However, the day after the August 24, 1994, after the performance in Budva at the Pjesma Mediterana festival, Mladenović was held in a hospital, and it was soon discovered that he had pancreatic cancer. A few months later, on November 5, 1994, Milan Mladenović died in Belgrade at the age of 36. Subotić, continued working in Brazil and released a solo album São Paulo Confessions, but a few days after its release, on November 2, 1999, he died in the fire that had caught his studio.

*For those who are not familiar with the project, one track from this album named "Velvet " was released on MFMs Outro Tempo II -Electronic and Contemporary music from Brazil (1984-1996)