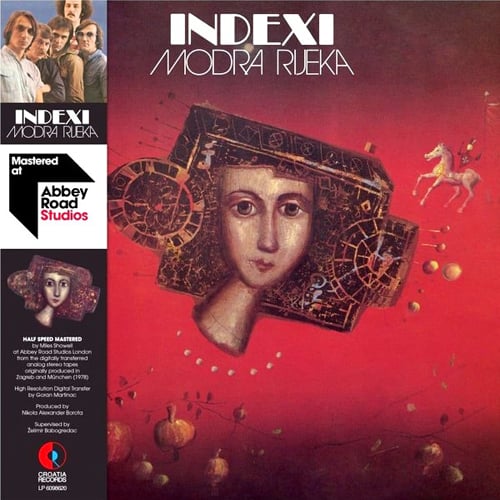 "Modra rijeka" (eng. "Blue River") by Indexi from 1978 is one the best ever Yugoslavian progressive rock albums A highly elaborated concept album based on the lyrics of the one of best-known Bosnian poets, Mak Dizdar, offers great musicianship in the manner of symphonic-style prog.

This remastered edition was made at the Abbey Road studio in London using a special high-quality cutting method. With the "a half speed master" technique, the recording was digitally transferred from analog stereo tapes originally produced in Zagreb and Munich in 1978.

A1 Modra Rijeka
A2 Blago
A3 Brod
A4 More