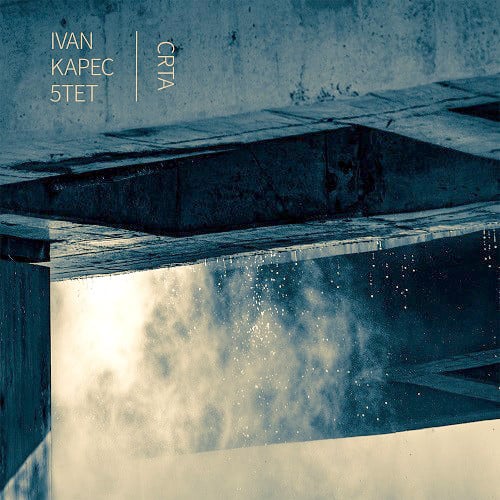 Review from ,,All About Jazz":

,,From the start, this one promptly pulls listeners into its jumpy orbit with its antic, gravitational bass line and percussion hijinks as Croatian baritone guitarist Ivan Kapec begins to separate, distinguish and mark out what is chaos from what we tell ourselves is organized space. Talk about a mission simultaneously fraught and ripe with possibility! That is a slippery slope along the horizon line but Kapec and his buoyantly athletic side-kicks are more than happy to bring the listener along, come what may.

Though those living in the USA may never know it, both chaos and order have their baseline shelf lives, and Kapec's fifth album Crta readily discovers moments of each, hybrids of both, and presents them with the fanciful foreknowledge that it is all subjective and questionable at the end of another trip around the flaring sun. So Crta (meaning "line") opens with the catch-me-if you-can, arcade rush of "Zoka" as Kapec and the youthful 5tet—old schooled but freewheeling tenor saxophonist Mario Bočić, ringing, cloud-busting vibraphonist Šimun Matišić, frolicsome double bassist Ivar Roban Krizic, and seemingly eight armed drummer Borko Rupena—pull, parlay and participate in Crta's eight equally ribald and thoughtful conversations.

Circular cascades of guitar and vibraphone backbone the translucent blue of "Vibar Colores," allowing Bočić ample solo room while the rhythm section mashes between them. The easeful slide into the hyper-active "Neo" is a logical progression against the backdrop in which, to be conservative, half the world believes in alternate facts. "South, South" revels in a lingering, whispery {{Jeff Tweedy} groove (ie: the song is right there in front of you but then again maybe not but that is the whole point) and captures a glow all its own. "In processu" holds its pensive, somewhat meditative line over a series of wistful time changes, resting, climaxing, resting, climaxing. The insistent elasticity of "Quattro per due" goes a long way to prove that Crta is music with much imagination. And what a relief that is. "

A1 Zoka
A2 Vibar colores
A3 Neo
A4 South, South