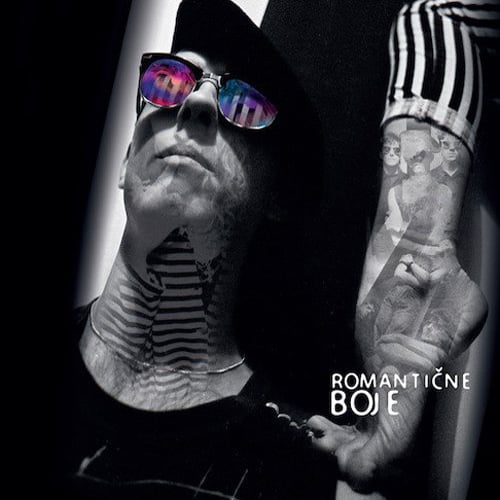 In cooperation with Doomed To Extinction Records, Discom distribution presents you another overlooked 80's electronic record from the former Yugoslavia: a self-titled Romanticne Boje album!

Romanticne Boje (Romantic Colours) was the very first synth-pop band from Nis, a town in South Eastern Serbia (former Yugoslavia). They started as a punk band, until the band leader Zoran Cvetkovic Cvele, who had played the guitar, bought a Casio synthesizer and a new band was formed: a young, dynamic and energetic trio. Their first gig happened in The Music Club ( the most famous club in town of the time), and after that, they recorded their first demo tapes “Noc (The Night)” and “Poslednji Tango (The Last Tango)” in the studio of Radio Nis. The demos were constantly played on the radio, and the audience was thrilled by the freshness of their expression. The band was not completely satisfied by the sound quality, so they bought better synths and soon their music became more refined and sophisticated. They received some great reviews from the music critics of the time, their tracks were played regularly on radio stations, they even made a video for “Tisina (The Silence)” and it seemed it was a time for a proper vinyl release. However, PGP RTB, the most important record label of the time quit the negotiations with the band and failed to release their album. After that, the band, unfortunately, ceased to exist. Their major influences were The Human League, Kraftwerk, and John Foxx, but they cannot be denied the originality of sound.

Original line up from 1983 included:

Album recorded by Predrag Cvetičanin (Dobri Isak) in his home studio in Nis, 1986.

© 2016 Doomed To Extinction Records under license of Zoran Cvetkovic Cvele