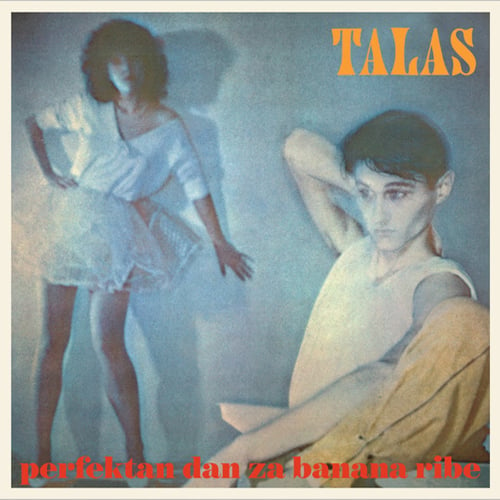 Perfektan Dan Za Banana Ribe (trans. A Perfect Day for Bananafish) is the first and the only album by the Serbian new wave band Talas. The album was printed in 3000 copies, and is available on LP only, since the album has not been reissued on CD.

Having released their two songs on the Artistička radna akcija compilation, the band started preparing their debut release. The album was recorded in the MS Studio in Belgrade and was produced by Bojan Pečar and Boban Petrović. Perfektan dan za banana ribe (which got the name by the J.D. Salinger's short-story A Perfect Day for Bananafish) was released in 1983 by Sarajevo Disk. The album featured eight song with the opening track, "Sama" ("Alone") became a nationwide hit and appeared on the Svetislav Prelić's Šećerna vodica movie soundtrack. As guests on the album appeared Milan "Mića" Bubalo (drum machine), Ivan Vdović Vd (drums), Milan Mladenović (guitar) and Vuk Vujačić (saxophone).

Tragic destiny of band members Bojan Pečar (vocals, bass, guitar, synthesizer, percussion, the long time member of EKV) and Mira Miajtović (singer, the daughter of former president of presidency of Yugoslavia ) and absolute rarity of first edition, made this reissue one of the most wanted Yugoslavian records.

Special thanks to Margita Stefanović, Bane Parmaković and Bojan Žegarac.
Contains inner sleeve with lyrics.
Made in EU (Poland & Croatia) 2020.