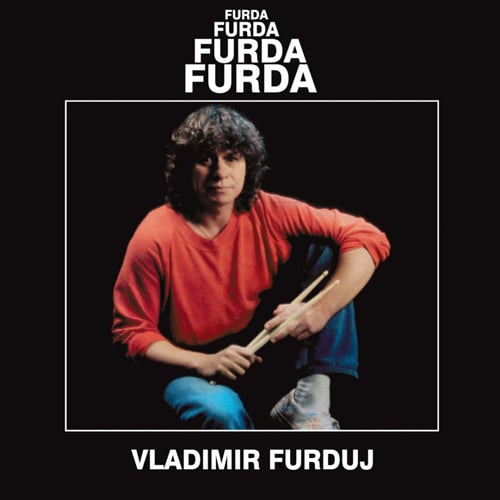 In collaboration with Ammonite Records, Discom distribution presents you East European jazz-funk-fusion masterpiece, a self-titled album of legendary Yugoslavian drummer Vladimir Furduj-Furda, a reissue that we have been waiting for a long time!

It is hard to explain in a couple of sentences why this record is an inevitable address in searching for rare jazz fusion worldwide. Maybe because of the surprising effect when you realize that this album was recorded and produced in the 80's Yugoslavia. Top-notch musicianship, lavish sound arrangements, wonderful expression and style, quite unusual for the people from one communist country. However, when such surprise vanishes, something pulls you back to it: it is not the Japanese new-age style of the track "Drugog Deo" ( eng: From Another Piece), the mystical groove of track "Povezivanje" (eng "Connecting"), or magical tenderness which will melt you in the song "Medy", it is a clear feeling that you have experienced an authentic piece of art by musicians who have managed to portray faithfully the atmosphere of the 80's Yugoslavia in such sophisticated and melancholy way. It's as if they felt what was coming later, and that this album is one of the last chances to express their feelings in the way they preferred the most. That's why it exudes strong sentimental, almost farewell feelings, nostalgia for the missing country and time, a feeling which remains long after listening.